Using multiple narratives, meta moments, and a star cast, Director Lokesh Kanagaraj’s Vikram (2022) revolves around a covert cop investigating a series of the murder of police officials by a gang of masked men. It stars Kamal Haasan in the title role, Vijay Sethupathi and Fahadh Faasil in supporting roles with Suriya in a cameo appearance.

Unlike the character, Vikram (the film) is predictable. With the director already expressing his intentions for the expansion of a cinematic universe, the audience can pretty much guess the direction in which the film is headed towards. However, the director uses multi perspective to keep one second-guessing what comes next.

Kamal Hassan’s screen time in the first half of the film may be minimal, but The Ghost leaves his presence felt throughout. This works to the advantage of a phenomenal Fahadh Faasil as he delivers a scene-stealing performance. Like a Batman handing his mantle to his protege, one can hope Faasil has a role to play in the sequels to come. On the other hand, while I enjoyed his role as a downright baddie in Master, Vijay Sethupathi delivers a contrived performance here. Stiff and eccentric, Sethupathi has his moments but comes up short.

Quasi-Bond or Bourne, Kamal Hassan reprises his role as Agent Vikram from the original spy flick of 1986. Yet amidst the fan service, it is quite a treat to watch “Aandavar” shed his superstar image and step back for his co-leads to take the main spotlight. From the trailer, we have heard Vikram narrate an allegory about the story of a lion and the other animals in a forest. The same parable could be applied to the veteran actor and his character in the film. You can write the man off, but it takes one scene to show why he’s the GOAT.

However, even with an emotional subplot to this action thriller, the film feels like it is a training exercise in world-building. It is an ambitious project, and with the guest appearance of Suriya, there is a possibility of a mouth-watering face-off in the future. Coupled with a long runtime and some logical discrepancies, the film might feel a tad bit underwhelming. But with excellent cinematography and attention to detail, Vikram is a visual treat and a sure box-office blockbuster. 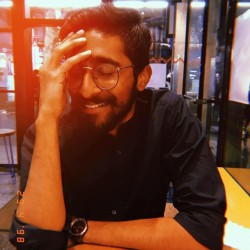 A fresh Journalism graduate, I am a freelance writer for Melbourneâ€™s art circuits and independent movie critic in my free time. Movies are my passion and reviewing them has become a part of my lifestyle.