Peaky Blinders is one of those shows that will go down in history as a titan of its era and thankfully, its final season didn’t disappoint. The season opens with the Shelby family at their breaking point following the death of Polly (Helen McCrory). A vengeful Michael (Finn Cole) who blames Tommy (Cillian Murphy), swears to take him out if it’s the last thing he does. Tommy himself carries out his own meticulous plans. Plans that have been decades in the making. One that enables him to leave his city better than he found it, set his family’s fortune and settle some old scores all while taking on a fascist regime.

Tommy Shelby is a protagonist like no other. Thinking and planning twenty steps ahead of his opponents may not be out of the ordinary for the lead in a gangster series but what has made him stand out has been his genuine mission to make his city better. Through charity, business, building projects and even politics, Tommy is the champion everyone needs.

And if his accomplishments weren’t enough to convince you he’s probably the most charismatic lead in history, then you need look no further than his cool, calm, dead eyes that betray little emotion and none of his intentions. Absolutely no one could play Thomas Shelby like Cillian Murphy. His level of method acting is unlike anything I’ve ever seen and a huge reason as to why he remains my favourite actor. He always gives 200% in every production.

While we’re on the subject of great performances, Natasha O’Keeffe did a fantastic job as Lizzie this season, her scenes were perfection. We felt her grief, her pain and her anger in every word and every movement. I’ve come to realise that all the Shelbys are self destructive. No more is this displayed than in Arthur (Paul Anderson) though. It’s really interesting how the relationship between Arthur and his younger brother and boss is portrayed. Arthur is the only one who’s truly never wanted anything from Tommy. His loyalty has been unwavering and Tommy is forever grateful to his big brother.

The character of Erasmus was a little rushed and I’m not sure how I feel about him really. Guess we’ll see how that plays out in the film (slated for 2024). The parallels of this show are world class. The plot always comes full circle and it’s only fitting, given that the Shelby’s are Romani and hence very superstitious. We see how deeply the Romani culture and faith are entrenched in the Shelby family. They will always be gypsies. While I do think that many of the stories were either wrapped up well or set up for the movie, one story arc I was not happy with was Michael’s. I expected alot more from him than what we were given.

Though while his story was lackluster, his character direction did make sense I suppose. Michael was always playing in Tommy’s shoes but he could never live up to the real deal. One of the things they focus on heavily this season is the rise of facism and the beginnings of what will become WW2. This is crucial set up for the film and I can only imagine what will be in store for the Shelby clan then. Oswald (Sam Claflin) is a political animal but so is Thomas Shelby.

While Tommy has made (and killed) alot of enemies in the past, Mosley and his equally twisted mistress (both real people, both really Nazis with close connections to Adolf Hitler himself who really was in attendance at their wedding) are an evil he’s not quite faced before. Over the 15+ year span Peaky Blinders depicts, the tailored costumes, hair and makeup have always dutifully reflected the age. The setting, with the smog and smoke filled streets of Birmingham, has always captured the very soul of the show.

The cinematography, acting, dialogue… all a home run and a well deserved finale to a phenomenal show. I can’t stress enough how much I’m anticipating the film. As a long time fan, Peaky Blinders has been one of the best shows I’ve seen with some of the best talent. One thing that remains clear is that Thomas Shelby did indeed die. The smoking caravan with all his possessions symbolised his life. Thomas Shelby is dead. 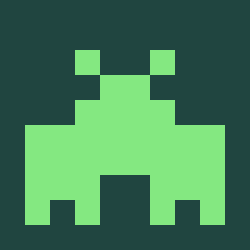